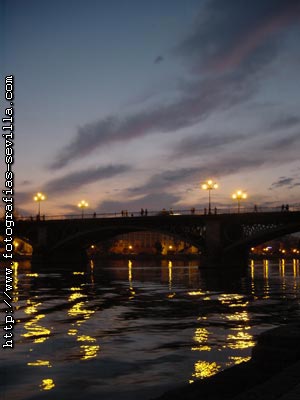 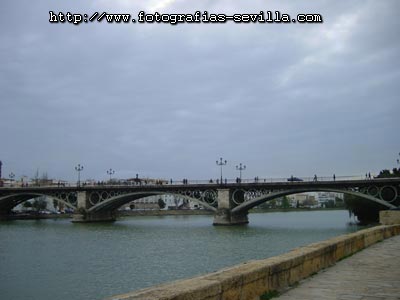 The official name is Isabel II's Bridge. It's the oldest bridge among the ones that cross the Guadalquivir River as it flows through Seville. It took its name from the Triana area, one of the neighbourhoods with more character in Seville. Previous to the construction of this bridge (between 1847 and 1852) and at its exact location, Triana neighbours used to cross the river through a line of boats tied to each other on the water. 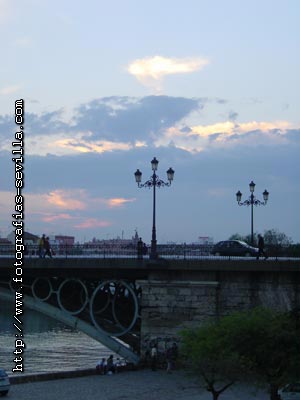 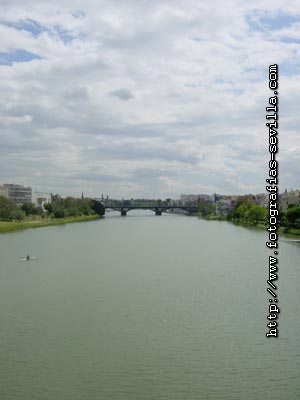 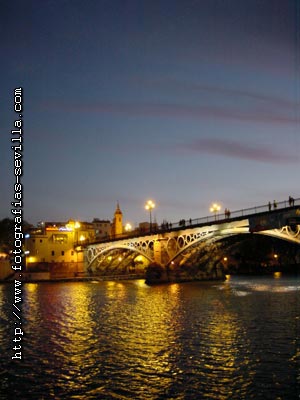 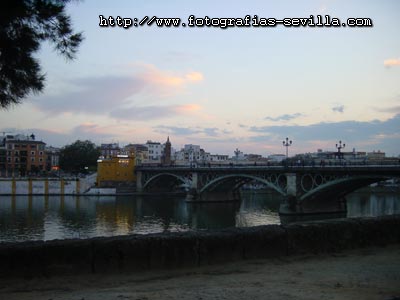 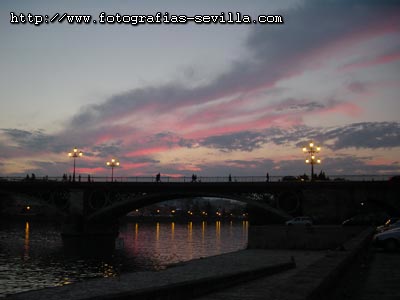 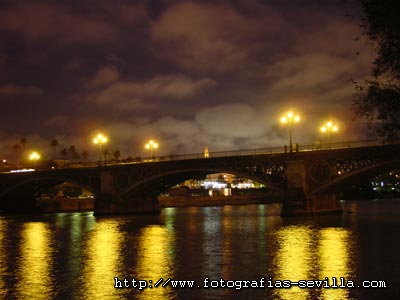 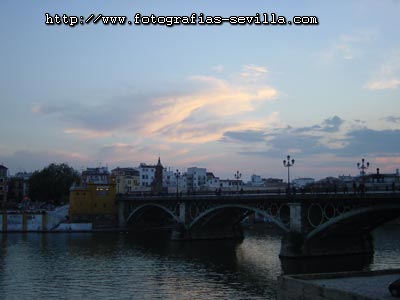 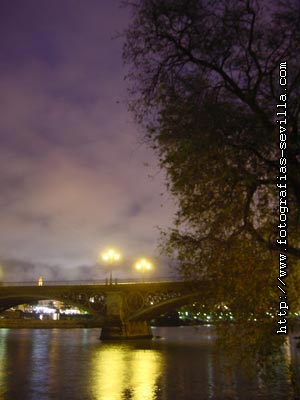 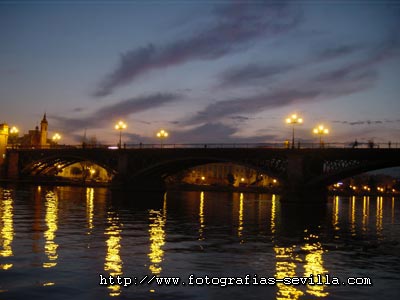 The Triana Bridge was built by the French engineers Steinacher and Bernadet with the architectural novelties used at the Carroussel Bridge in Paris. 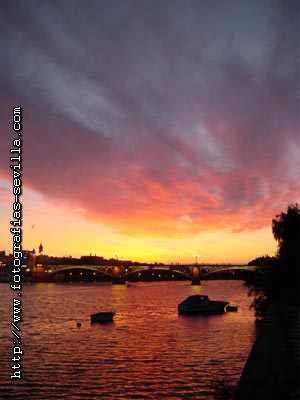 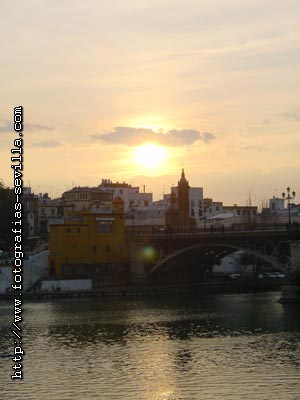 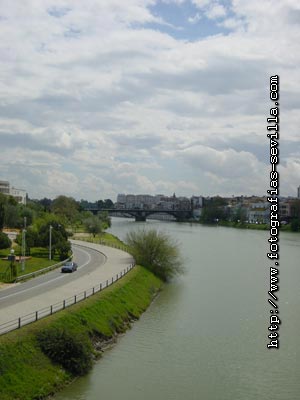 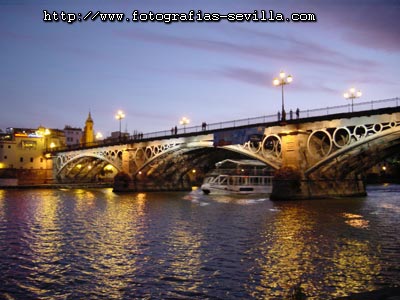 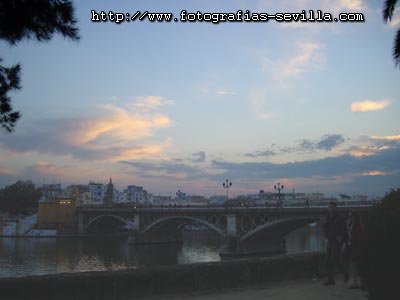 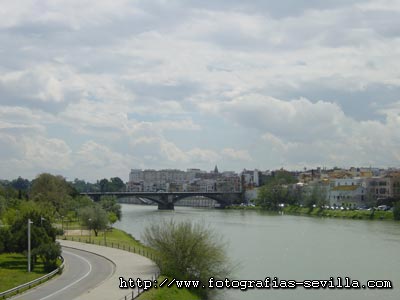 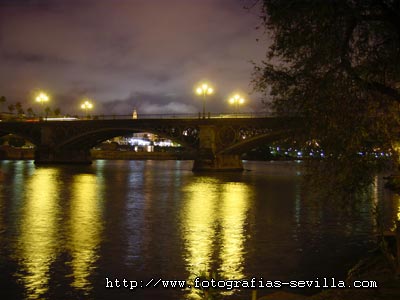