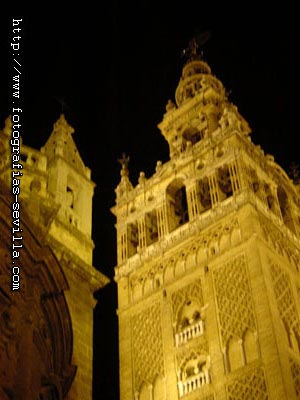 It formerly had a defensive mission as it was joined to the Alcazar (Royal Palace) by a piece of wall. That is the reason why it has ramps instead of stairs (riding a horses inside was easier that way). March 11th 1198 can be taken as the inauguration date. That day, three huge and golden spheres were placed on the top and remained there until the fateful day of August 24th 1356 when the earthquake pulled them down. The Giralda got its definitive shape on august 13th 1568 when the belfry and weathervane were added. 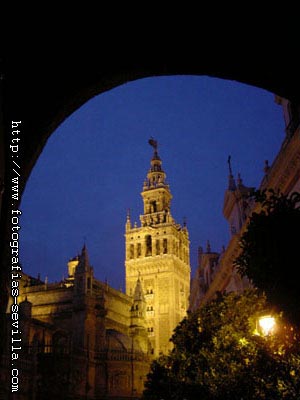 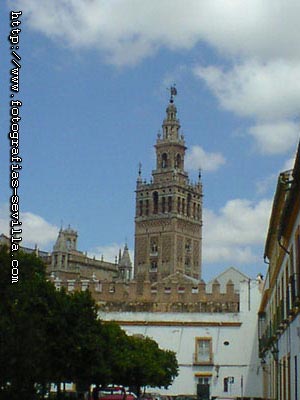 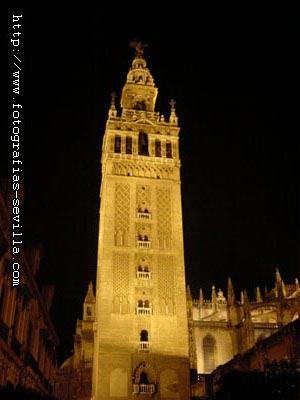 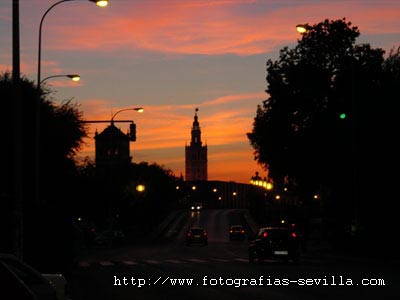 A giant statue (a weathervane) was placed on the top of the tower. As the weathervane turns ("gira" in spanish), the name of the sculpture soon became "Giralda (meaning "the turning one"). Later, the tower got to be known as "the Giralda" (weathervane former name) and the statue "Giraldillo" (meaning a part of the Giralda). 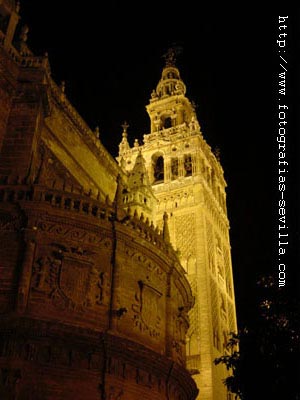 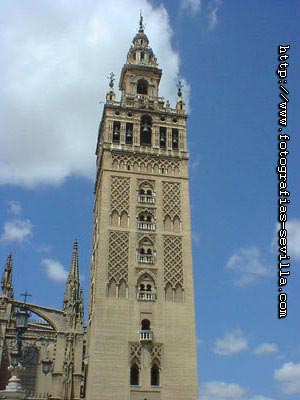 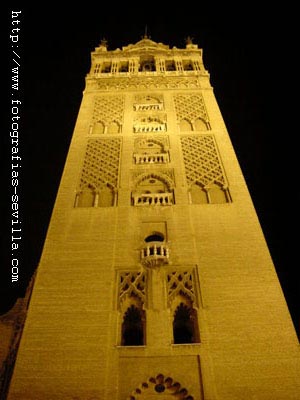