Legends and anecdotes of the Giralda - Seville (Spain) 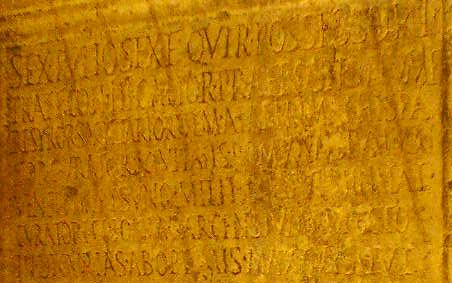 An old legend says many Roman and Visigothic objects were used to lay the foundations for the old mosque, as these kind of pieces were forbidden by Islam rules. Other legend even talk about fabulous treasures. All we know for certain is that large stones from other existing buildings in Seville were used. Two dressed stones with Latin inscriptions can be seen near the Giralda ground. 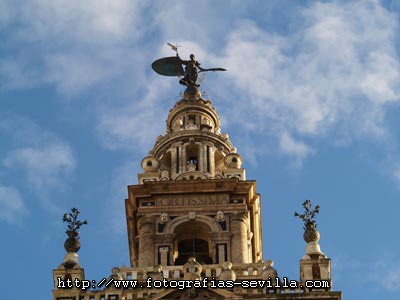 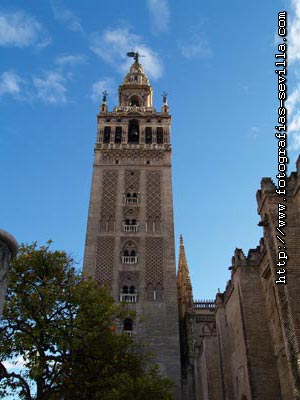 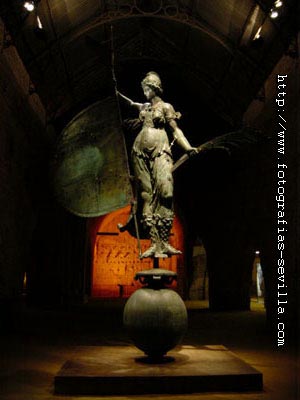 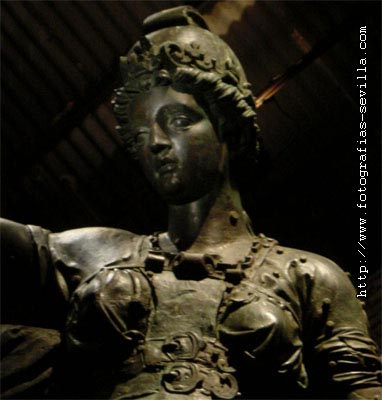 Last Summer (2005), the Giraldillo was installed again on the top after its restoration. For a few years it was replaced by a copy. This was the first time the statue touched the ground since 1568. 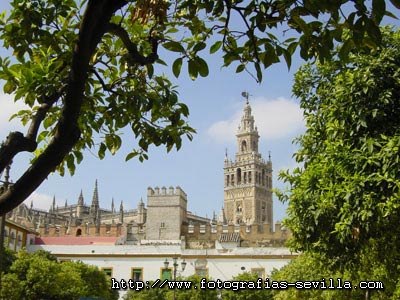 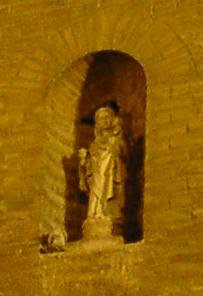