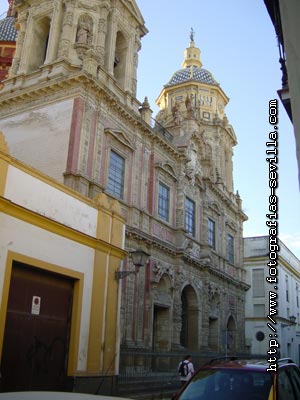 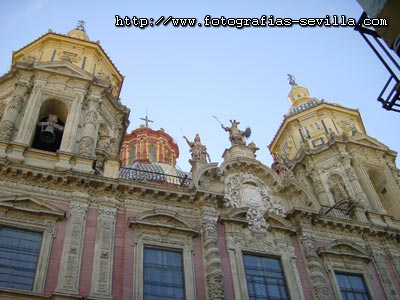 Seville is not like any other monumental city. Its monuments are built not to be showed but to be used. If you think of the Triumphal Arch in Paris or the Alcala Gate in Madrid you can check what I mean. They are made to be exhibited, with nothing around them. That doesn't happen in Seville where the monuments are among other buildings without any differentiation except sometimes a little more space in front of them. Walking down an alleyway you can find an architectural wonder like Saint Louis, a Jesuit church from the 18th century. When the Order was expelled from Spain the church became State property and it wasn't necessary to transform it to new religious needs and uses any more so now we can see its original appearance. 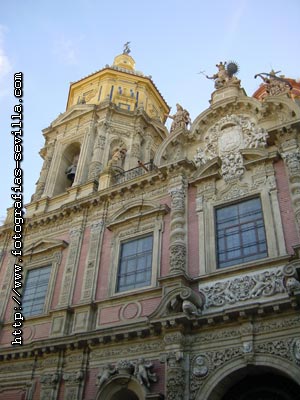 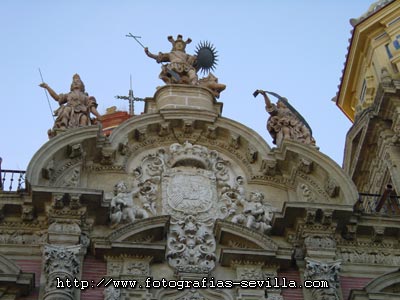 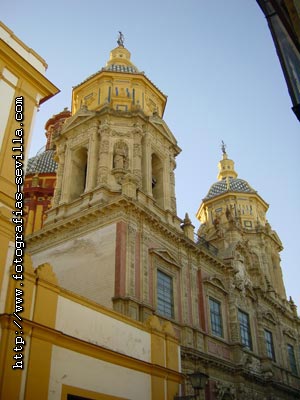 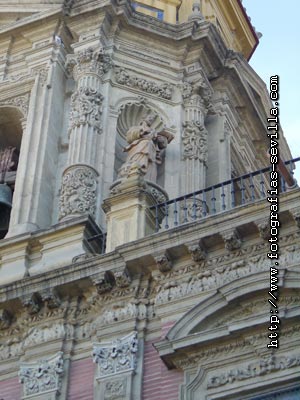 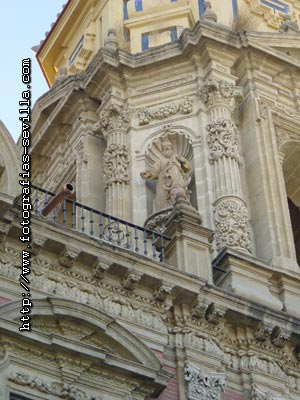 Next to each tower there are statues that represent the four evangelists. On the left picture of Saint Mark, on the right photo of Saint Luke, and below Saint Matthew. 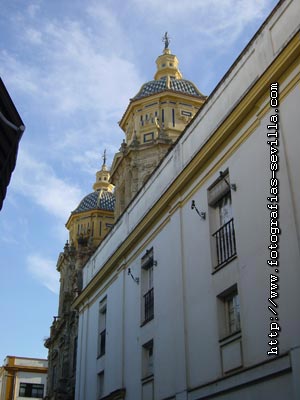 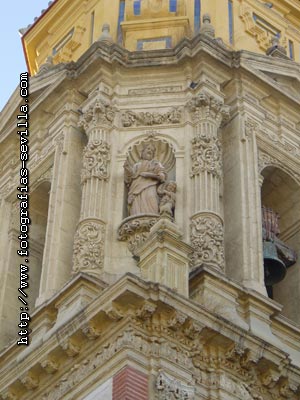 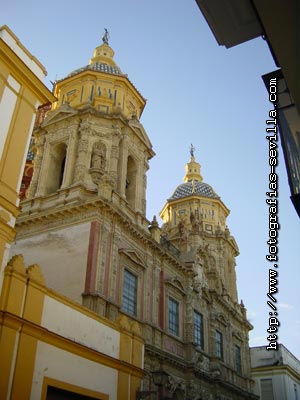