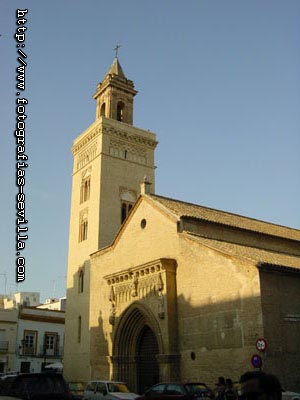 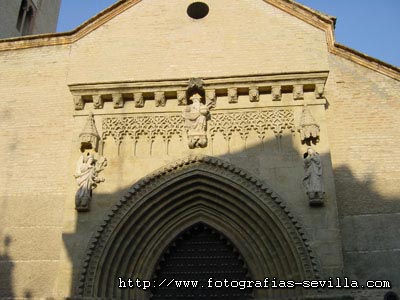 It is a church with three naves separated by pillars with gothic arches and apse. It belongs to the group of churches built during Peter the first's reign, after 1356 earthquake. At the head, on the right side, there is a chapel (the Dolores Chapel, from 1746) with an exit door that blocks the global vision of the apse. The tower on the right side of the church (also from the 14th century) has a clock on the front since 1553 but it broke down and got replaced after the earthquake in 1755 until the first half of the 19th century, when it was definitely moved away. The baroque sculpture at the front depicts the God Father, the Virgin and Saint Gabriel. The whole monument has suffered several arsons and plundering, first by the followers of the Marquis of Cadiz during their fights against the Guzman family, then in the 18th century and finally before the civil war. Its current ceiling is from the year 1987. 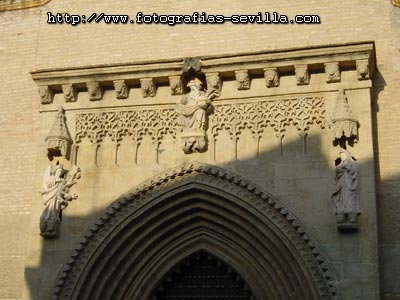 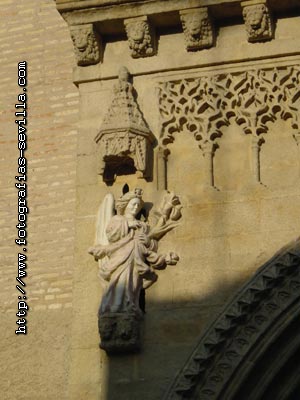 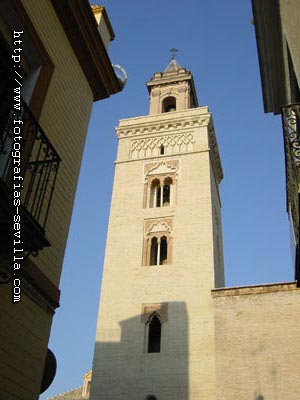 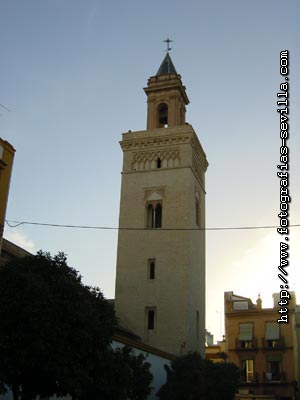 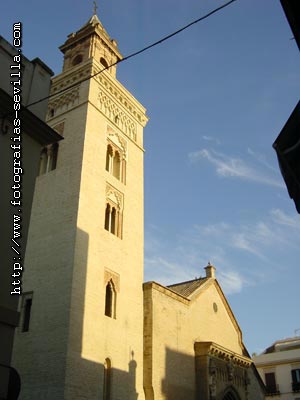 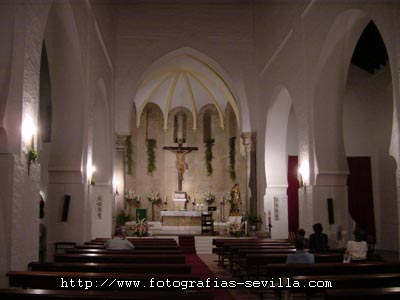 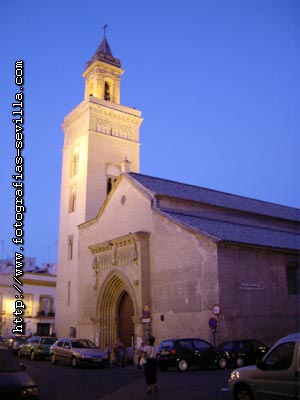