It is from the group of churches built after the 1356 earthquake. This gothic church has three naves with an apse. The right nave is narrower than the left one. The tower at the right side's head was made at the end of the 17th century but in the year 1755 got seriously damaged after another earthquake in Seville so it was rebuilt. The high altarpiece has paintings from the 17th century by Francisco Zurbaran, ("Saint Peter" and "Saint Paul") and his atelier. The great painter Valdes Leal was baptised in this church. 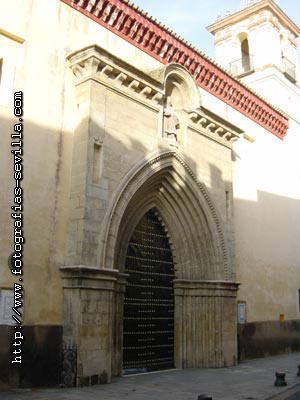 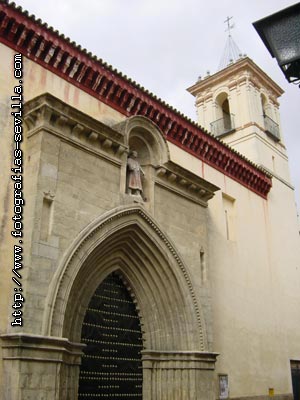 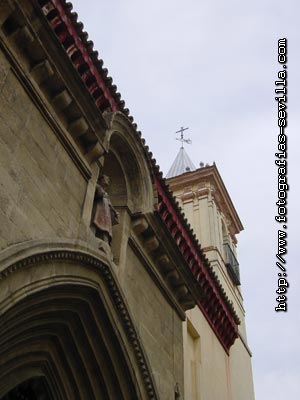 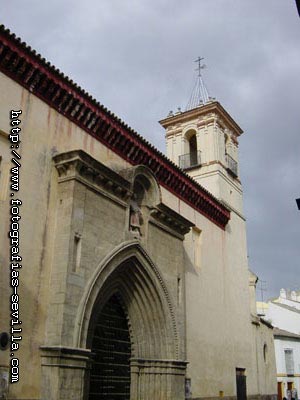 The church is consecrated to Saint Esteban because it keeps some relics brought from the Holy Land by Don Fabrique Enriquez de Ribera, the first Marquis of Tarifa, who used to live in the Pilatos House nearby. The relation between this church and Don Fabrique's descendants became very close in the 17th century when the palace was linked to it after the payment of 500 "ducados". 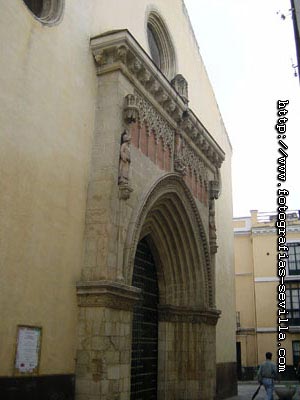 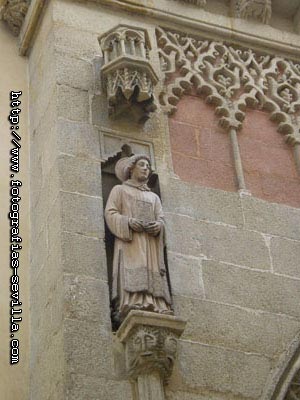 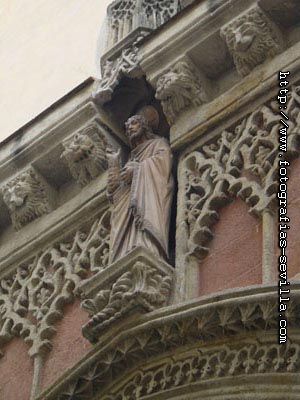 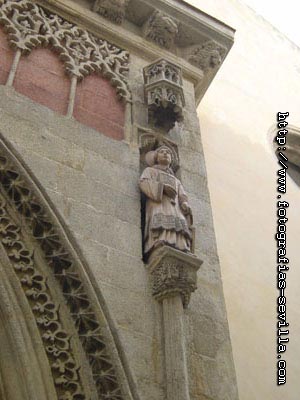